In a press release, IDF desk stated that its elite forces captured 3 Firebotls and 1 Nimbus 2000 brooms.

“Now Israelis can sweep in peace,” the IDF statement concluded.

The operation, which was announced on Twitter, was named Operation Broom Broom.

“We fight for justice and equality. And I don’t mean to make a sweeping generalisation, but to Palestinians all brooms are pretty much the same,” said one masked Palestinian youth.

Palestinian sources claim young Palestinians were only cleaning the aftermath of Israel’s racist mobs. But IDF affirms they have evidence the brooms were by Palestinian angry mops against Jewish settlers peacefully marching in Jerusalem.

On his part, Ofir Gendelman posted a picture on Twitter with the caption: “The brooms have Jewish blood on their brushes.”

On the shores of the Med,
I saw humanity drenched in salt,
Face down,
Dead,
Eyes gouged,
Hands up to the sky, praying,
Or trembling in fear.
I could not tell.
The sea, harsher than the heart of an Arab,
Dances,
Soaked with blood.
Only the pebbles wept.
Only the pebbles.
“All the perfumes of Arabia will not”
grace the rot
this Ummah breeds.

According to witnesses, the ladder tried to escape the scene but IDF’s plan was too perfect to evade.

Israeli army sources confirmed they received intel Palestinians were using two ladders to climb the Wall, probably to carry out attacks of prayers against Israeli civilians.

“The ladders were a security threat to the state of Israel,” he stated. “With the ladders gone, Israelis are now safer. Imagine the number of prayers targeting the Jewish state we managed to prevent!”

An Israeli rabbi supported the army’s move invoking Jacob’s Ladder.  “The ladder is a God given invention to the Jews and we simply can’t let Goyims own it let alone climb them with their Goyim feet. God chose us to have the ladder,” he added.

“Those Goys must have been trying to climb their way to God. Only we send people to God, and in our own way,” he said.

“We have a strong feeling one of these ladders is indeed Jacob’s Ladder,” he said in an afterthought.

“And he dreamed, and behold, there was a ladder set up on the earth, and the top of it reached to heaven; and behold, the angels of God were ascending and descending on it! And behold, the Lord stood above it,” he recited.

“We have every right to pay at Al-Aqsa Mosque. Israel can try to deprive us of our right to pray, and live and talk, but we will always try again and we will eventually succeed,” he added.

In the Holy month of Ramadan, Israel has allowed only people who are 40 or above to pray at Al-Aqsa. Palestinian youths have managed to evade the ban by climbing over the Wall using ladders.

17 pictures from the Paris March that show the world can’t be fooled by hypocrisy. These pictures show how social media activists reacted to the infamous picture from the Paris March for Freedom of Expression. Ironically, many of these leaders are accused of war crimes and/or human rights violations especially against journalists and freedom of expression.

Both Netanyahu, directly responsible for the murder of thousands of Palestinians including 17 journalists, and Mahmoud Abbas, whose security forces, while protecting Israeli occupation and settlers, continue to arrest journalists and political activists, came under fire.

1) It turned out that the world “leaders” were not leading the masses. Nor were the masses marching behind the leaders.

2) Some activists added their touch to the infamous picture by adding people who should have been there too but could not due to personal circumstances such as death or massacring people.
Note: missing from this picture are the Joker, Gargamel, and Bart Simpsons

4) A terrorist is leading a march against terror.

7) Raise your hand if you are a war criminal!

10) Meanwhile in Gaza, people are still matching with the dead bodies of their kids. Thanks to Israel.

12) List of human rights violations by most of those present

13) And Mahmoud Abbas forced himself through to say hi to Merkel.

15) Except of course in Gaza

16) Mahmoud Abbas has stepped on the bodies of about 5 thousand Palestinians murdered by Israel in Gaza to join the France March.

Bonus: Netanyahu tweeted this picture which clearly shows a deliberate chopping of Mahmoud Abbas, except his ear.

How do Palestinians keep going on, with israel being there and stuff?

Well, ever heard of Palestine’s special talent for life? Here it is. Palestinians turning into art Israeli bombs and missiles. For a while I could not trace the artists but finally I managed to get hold of 2 of them. Tawfik Gebreel. Contact: tawfik_Arch@hotmail.com twitter @tawfik_Gebreel and Bushra Shanan: sh.bushra@yahoo.com. Contact them for more.

‘I Love You More’

Rise! Rise!No matter how neglectful you are,You will remain in my eyes and flesh an angel.And you remain as our love wants you to be:Your breeze is amber, Your land bliss— And I love you more. Your hands are treesBut I do not singLike other nightingales.The chains teach me to fight and fight,Because I love you more. My singing is daggers of roses,My silence the birth of thunder,And a lily of my own blood.You are the soil and the skyAnd your heart is evergreen.Your love when at a low ebb is a flow; How, then, can I not love you more?And you are as our love wants you to be:I am your beloved child;On your sweet lapI grow, and rise.

Translated with the help of Ghada Ahmed, Sarah Ali, Hanan Habashi and the amazing Mohamed Shamaa..

This is a very famous Palestinian song about Jenin Camp. Here is a quick translation. (see link below to listen to the song)

“Who should save the Camp of Jenin?
It cried mournfully of destruction.
Who will be there for Balata Camp calling for Muslims?
-Why are you unmindful. silent and indifferent?
– My houses have been shelled by the warplanes of thieves and usurpers.
– My kids have been slain by the shells of the murderers.
– My fields have been burnt down by the hate of the damned Butcher.
– And all the loved ones have been torn apart, crying.

A mother is searching for her kid imprisoned under the rubble.
She runs in agony and calls between the ruins of Jenin:
My son, my darling, my beloved, are you dead or buried?
God, make this plight easy on me–You alone lift all the pain.

Jerusalem is weeping and Alaqsa Mosque is a prisoner.
And Church of the Nativity that has never been humiliated before
now is sieged with cannons, and guns and ambushes.
O, my people, Rise. Dust off the humiliation of the years.

“Who should save the Camp of Jenin?
It cried mournfully of destruction.
Who will be there for Balata Camp calling for Muslims?
-Why are you unmindful. silent and indifferent?”

The WordPress.com stats helper monkeys prepared a 2013 annual report for this blog.

The concert hall at the Sydney Opera House holds 2,700 people. This blog was viewed about 14,000 times in 2013. If it were a concert at Sydney Opera House, it would take about 5 sold-out performances for that many people to see it.

Five Years After the Cast Lead Operation: ‘Gaza Writes Back’.

Quote of the Day

‎"If he's one of ours and he's under 30, even if he's wearing a uniform and carrying a gun, he's a youngster or a boy: one of OUR BOYS. If he's one of theirs, he's a terrorist, even if he's 12 years old and standing, with or without a rock in his hand, in a schoolyard. This is how dehumanization happens: word by word."
-Deb Reich in "No More Enemies" 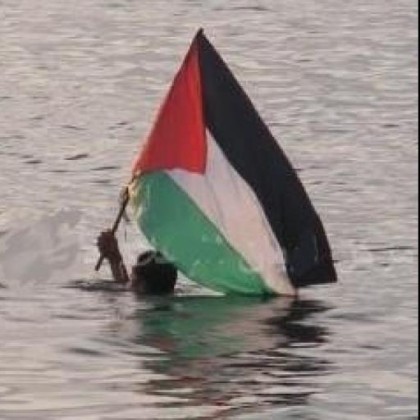 Laila is only human, though. A strong human, yes, but she is still sat there in her bedroom, with the candle burning out, and as she hears the sound of an Israeli Apache ripping through the sky, she looks over, and in that weak moment and in the memory of all the suffering following her father’s injury, Laila mutters “Next time, finish your job. When you bomb, bomb to end. And when you shoot, please shoot to kill.” Jehan Alfarra 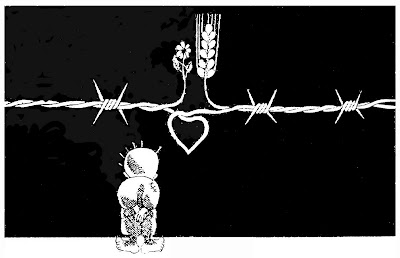 When life gives you lemons, make lemonade and mix it with fresh mint.

Global Justice in the 21st Century

A magazine of Arabic literature in translation

Trying to Make a Difference

An American searching for answers in the Middle East

Words can do magic

Because our children deserve better lives.

An American in Gaza.

It is What it Is

The Think and Unthinkable

Through the eyes of a Gazan...